Weird Things People Do In Their Sleep

Randy James
2013-06-25
comments
There's a scene which sticks in the mind in the latest Steven Soderbergh film Behind the Candelabra which stars a lizard-like and insidious Michael Douglas as Liberace and a blank slate-turned-preening diva Matt Damon as his one-time acolyte and lover.

The scene comes just after a double-dip of plastic surgery for both the Damon and Douglas characters undertaken by a deeply eerie Sphinx-like surgeon played by Rob Lowe who has, in plastic surgery terms, got far too high on his own supply. 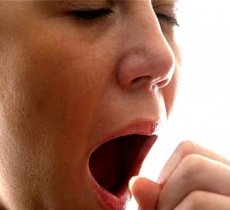 Liberace and his lover are sleeping in the same bed and Liberace is so fast asleep as to be purring away like a grandfather in an armchair (he is, after all, about that age). This disturbs Damon's character as he can't sleep, but what is more disturbing to the viewer is that Liberace's eyes are wide open, unable to shut because of the plastic straining.

You feel like he might spring a bizarre surprise at any moment so precocious is he and given to spontaneous explosions of spectacular emotional discharge.

However, if he did, Liberace would not be the only one given to odd behaviour while asleep. Apparently, 30% of the population apparently suffer from sleep disorders and bouts of 'parasomnias' (abnormal sleeping behaviours) are very common.

And here are some of the weird and wonderful ones apart from the pretty-mainstream-when-you-think-about-it sleep-walking;

Just when you think you've got over your toe-curling habit of 'sexting' when a few sheets to the wind, here comes a new clear and present danger of which you are even less in control than when drunk. It's called 'slexting.' (Well, we're calling it that anyway).

It is common for deep sleepers to dig out their mobiles which they inevitably place next to their bed before dropping off, and then send sometimes surreal, sometimes surreally precise messages. With the convergence of technology on mobiles, this is also now common with regard to emailing. and actually, parasomniacs were already getting up to switch on their PCs to sleep-email before the mobile made it even easier

What can you do to avoid this potential source of humiliation? If you have fallen victim to this particular problem, it may be a good idea to buy yourself a good alarm clock and get into the habit of turning off your phone and putting it in a different room. You could even separate phone and battery if you slext really badly.

This maybe a bit of a jump in terms of biomechanical endeavour from slexting but something as complex and technical as this has also been known to happen.

Even when asleep, if the brain is habituated enough to something, it can to slip into automatic mode and complete those processes it is so used to carrying out. This includes driving by the way. You might want to hide those keys too.

There is one particular sleeping pill which has been reported to drive snoozers straight to the fridge or even the microwave. All that hard work you've put in dieting then goes out the window.

There also seems to another pattern within this behaviour which makes the sleep-eaters choose particularly high calorie foods. Hmmmn. Suspicious.

I remember a friend of mine during a sleepover (when we young!, getting out of bed, spinning the mattress round (I think it was about this size), chucking off the sheets and covers and sitting down as if it was a banquet table. In his sleep he then, as if it was the court of King Arthur or something, demanded we join him in the feast, banging his fists on the mattress when we didn't. Crazy.

Imagine if that one talent you really wished you possessed, you really did possess, but it only manifested itself when you were asleep.Frustrating, yes? Well, it can happen. See this story of Lee Hadwin who has no discernible artistic ability whatsoever when awake but after a few too many shandies, he sleep-draws some really quite remarkable pictures. Derren brown even collects them! Yes, that Derren Brown.

It's not all light-hearted though. It's been suggested by medical experts that this can happen as a result of a past trauma which expresses itself this way via his subconscious.