The Olympics - a world political force

Wherever you are in the world, I hope you enjoyed the television coverage of the Olympic Games from Beijing China.

You were no doubt thrilled by the exploits of Usain Bolt and Michael Phelps and many others as they performed feats that are at the very top of human performance.

Australia is near the top of the medal count and mixing it with the heavy weights in world sport. For a small country to win, at last count, fourteen gold medals and about forty overall is a great performance.

But no, it's not good enough for the media in Australia. The Government is being criticised for not putting enough money into training sports people to give us a better result at the Olympics. 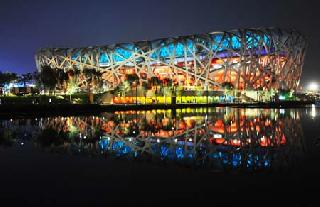 The Olympics is a contest between countries as well as between athletes. A good result translates to a government supporting sporting heroes and therefore deserves your vote at the next election. It is also about pride, Olympic medals make everyone proud. People who are proud are likely to feel better about leaders who supported their heroes.

As an example, take the British track cycling team. At the Athens' games the British won a few medals but the real stars were the Australians. At Beijing the British won almost all the medals. They admitted the government, through a lottery, poured huge amounts of money into buying the best coaches, mechanics and identifying the most likely performers and nurturing them into the program.

An Australian swimming coach admitted selling his very successful program to the Chinese, the result - China gold and silver, the Australian bronze.

So, billions is being poured into training athletes because it translates into votes when a country climbs up the medal count.

China has been able to showcase its country to the world through the games. In addition, they are on top of the medal count. They were able to recognise the value in these achievements politically and to bring their country out of the darkness of the Cultural Revolution into the light of a modern country willing to trade with the world. In many ways, offsetting the problem they have with Tibet.

The athletes are heroes. Many of them are successful without massive support. They are the ones that will keep us watching.

What a pity they are pawns in the greater political contest.