In a recent Politico article, Michael S. Barr argues that Romney's vow to repeal the financial reforms if elected as president is a mistake. Barr points out that by vowing to repeal the reforms Romney appears to want to forget the lessons of the financial crisis. He writes "Romney and many Republicans in Congress are determined to forget the lessons of the crisis by repealing rules that could address the weaknesses in our regulatory system that allowed the financial crisis to happen." 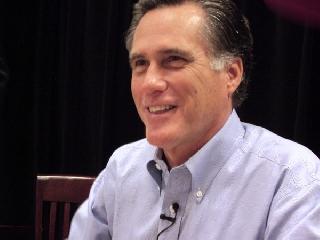 Photo: Andrew Moran / Public Domain
It's no secret that the Republicans aren't big fans of any type of regulation - especially when the opportunity to receive vital campaign funding from a particular industry is up for grabs. The GOP's 'free market enterprise' mandate appears to have struck a chord with the bundlers on Wall St. who have switched their allegiance from the Democrats since the reforms have became law. Barr even goes on to add that "Romney suggested last week that he wasn't even concerned by the JP Morgan losses."

Barr also points out that "Regulators need to finish the job of implementing these and other key provisions as quickly and robustly as possible". By making this important observation it suggests that the other parts of the Dodd-Frank Act that are still being drafted would likely favor the low to middle income American tax payer more than the medium to high income taxpayer, a category that many of Romney's potential financial bakers fall into.