One aspect of the Australian Government in which coup-leader Julia Gillard played a major role as Deputy Prime Minister has been very conveniently swept aside by Gillard and her off-siders during the current Australian election campaign has been the totally failed home insulation scheme through which four people subsequently died, a number of Australian were injured and through which over 200 Australian homes were destroyed by fire. 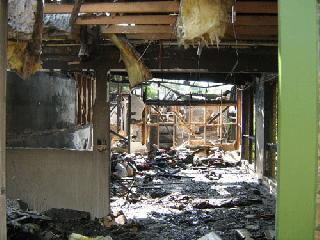 Fire caused by faulty insulation
What does that say? It says that Gillard and other Labor Government Ministers have failed to take responsibility for the insulation scheme farce as to further their own political ends a scenario that has since been proven to be correct when Gillard and other Labor power-brokers unceremoniously removed Prime Minister Rudd from office as to further their own political ends. It also says that Gillard has and will again ignore warnings of failures as to further advance her own ambition even if that includes putting at risk people's lives and people's properties. 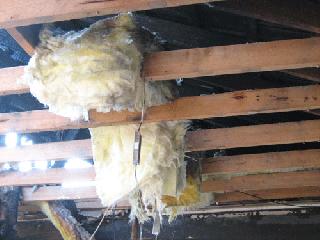 Faulty insulation
In total, and this in relation to Gillard's farcical "Who me?" approach, Australians may rightfully approach the Australian elections with a considerable amount if distrust in relation to coup-leader Gillard.

Well might Gillard be moving forward, because four deceased Australians, a number of injured and 200 destroyed Australian houses won't be going anywhere.