GOD IS DEAD. HE IS NO MORE. HE IS KAPUT.

Now I am not going to interfere with someone's democratic right to practice his/her chosen religion in any way shape or form. Freedom of religion is one basic human rights principle that should be protected vigorously by all.


"
There is no point for instance for the Catholic Church to sit on billions of Euros while many of its followers struggle for a daily meal.

Having said that though, I think some of the facts of life should be made known in terms of what is fact, what is fiction, what is religious business and what is pure religious fraud and/or extortion.

Facts are these. Science has now more than adequately proven that god or gods did not create earth, that earth was not created in a number of days and that Adam and Eve might well have been the couple next door doing some fancy footwork before having a good old bonk and that, as such, the bible is thus a book of fiction that should not be taken seriously as a book of truth.

The fact thus is that while in past centuries religious myths could be peddled as fact, science has more than adequately proven that religious theory and doctrine can easily be written off as bollocks. The whole notion of creationism as well as the more recent ridiculous 'intelligent design' theories can thus be written off as nonsense. 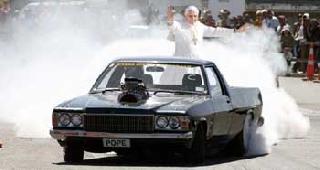 So having established that there is no god, nor belief in one god and that there never was one, or two, or three or even a dozen gods, we can now establish as to what were the reasons for religions having been established and/or created.

Simple really. Power by a few over many and pure and simple greed.

So where to from here?

First of all, religious organisations, religious sects and cults must be
"
As there have been way too many instances of pedophilia within religious organisations, all religious operators who may be in contact with children must be checked as to their background
forced to become accountable in terms of their financial activities and practices. There is no point for instance for the Catholic Church to sit on billions of Euros while many of its followers struggle for a daily meal.

Parishioners and the outside world must have audited access to the financial balance sheets of religious organisations.

Apart from their humanitarian aid missions, most of which do very good work, religious entities must start paying taxes just like any other business organisation. 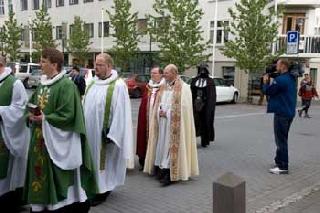 Like councillors and advisers that operate within various Government departments and other financial and business entities throughout the world, all church-based councillors and advisers must be qualified in order to be allowed to operate with their field and that should include the ministers, priests, nuns, mullahs, rabbis as well as their staff and their hangers-on.

There is no such thing as church law, sharia law or any other religious law. The law of the land, Government law, or International law applies. Religious entities simply do not have the legal power or authority to create or apply laws.

So there you have my take on religious practitioners and organisations brought into the 21st century.


My name is Henk Luf.
And That's The Way It Is.