"Oh my god", might well you say, "Pictures of sex and drugs and rock'n-roll in Western Australia, or pictures of some other scandalous behaviour perhaps perpetrated by some poor Government Minister, perhaps even with his trouser down to his ankles?" 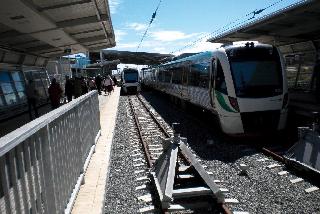 How fuckin' stupid can one get? As if a potential terrorist named Abdul is going stand at Perth Central Station with a camera in his hand and a billboard on his arse saying that 'he is taking a few pictures now so that he can bomb the station next week'. I don't think so. 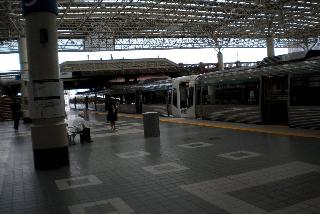 The facts are these.

The pictures in question were taken by a journalist in Perth who, on behalf of his railway magazine, decided to have a closer look at the Perth to Mandurah railway, a new 74 kilometre rail-line that can be covered in 48 minutes with new rolling stock. It is a very progressive and well-designed piece of railway infrastructure. 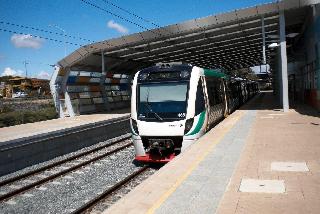 The line was planned and built by the former WA Labour government, despite total opposition to this new concept line by the now Government which totally opposed this project - despite the fact that the line has since proven to be a great success and indeed a great asset to Perth's public transport system.

Despite the fact that he made repeated requests to government authorities to take the pictures, he was simply ignored, so he took the pictures anyway.

So there you go, pictures that the WA Government did not want you see here today in full glorious colour. 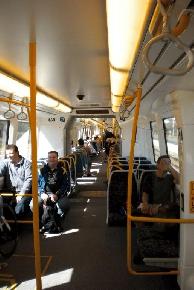 And as for the WA Government? When you have Government that is run by idiots, you are likely to get idiotic enforcement of idiotic legislation as a result.

So them are words of wisdom.
And like it or not.

My name is Henk Luf.
And that's the way it is.