Strip Clubs, Slip-ups and Memory Blanks: Why does the news media focus on triviality rather than politics

Kevin Rudds strip club visit, John Howards memory blanks and unsteady feet, and Julia Gillards childlessness all seem to take the medias preference, rather than whats really important, policy. When it comes to politics the news media often chooses to focus on trivial events that have no bearing on the merits of a candidates policies. BBC Political Editor Nick Robinson showed this belief at a speech in Oxford in 2006.
By Chris Hartley
2008-02-28

"Again, nothing of any importance came out of the interview. Nettlefold may, or may not, have used valuable time to ask Howard questions about his Government's policies of interest to Australians," Henderson said, "Quizzing political leaders about the names of their party's members or candidates certainly can be newsmaking, but it is mere trivia. To some extent political trivia gets a run because it is easy to write."

Instead of informing the public of Mr Howard's policies, Mrs Nettlefold chose to receive publicity by tricking Mr Howard into making a gaffe. This gaffe has no bearing on Mr Howard's ability as a leader, nor is it of any importance at all. Yet this incident shows the obsession the media has with triviality.

Another major incident of political trivia is the Kevin Rudd strip club incident. ABC news said the incident was the talk of the nation. 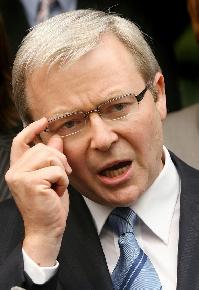 "Kevin Rudd's drunken visit to a strip club, on a taxpayer-funded trip, four years ago, has not just been the insider's story of the day, it's been the water-cooler talk of the nation," ABC News said.

However, the Greens senator Bob Brown put the trivial obsessed media in their place, and showed them that the policies are what really matters.

"Well, four years ago, Kevin Rudd got drunk and took himself into a strip club. Four years ago John Howard, sober, took into the war. I think the electorate can judge which one did the more harm," Senator Brown said.

The attitudes of society are changing, so it is inevitable that the media will change with it. There have always been certain values associated with all forms of the news media. It is the shift in the priorities of these news values that had led to the dumbing down' of Australian news coverage. The news values which now appear to have come to the forefront are prominence and personality, whereas in the past it has been consequence. A great example of this is the case of Julia Gillard, the deputy Prime Minister. Ms Gillard has been subjected to criticisms and questions because she is childless. Despite this assertion having no possible bearing on her politics, the media continues to focus on it. The attacks on Julia Gillard began in January 2005, and The Age' journalist Virginia Hausegger believes they are shameful.

"When the gender dogs began barking in January, after Julia Gillard was photographed in her empty kitchen, I - no doubt along with many women - was gobsmacked by the overt and shameless patriarchy at play," Hausegger said.

Ms Gillard was being attacked just because she was a childless woman, by choice. This has no effect on her ability to be a good politician, yet it became the focus of great media coverage. Politics of the absurd' seems to be the way the media is headed permanently. John Warhurst, a professor of politics, summed up how trivial this attack on Gillard was. 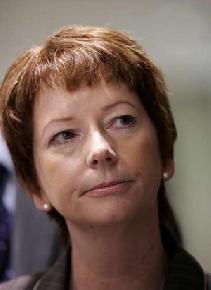 "This question would be so low down people's list of priorities in terms of what they want in a leader that it would be no electoral weakness," Warhurst said. Julia Gillard's gender, and her life choices, have no impact on her political ability, yet she is another victim of the media obsession with triviality.

The news media also seems to be moving towards having more of an entertainment value. The release of the MX tabloid is a prime example of this. MX consists entirely of celebrity gossip, entertainment news, sport, games and cartoons. It has little or no mention of politicians unless, of course, something trivial or unusual happens to them that will catch the young reader's attention. The change in the priority of news values has caused the dumbing down' of news coverage. What was once front page news is beginning to be relegated to the inner pages, buried among other articles. The role of the news media is to inform the public.

There is a difference between what society wants to know, and what they need to know. If the media personnel are doing their job, then it is the latter that should be covered more thoroughly. However, as is evident in most forms of news media, invariably this does not happen. Invariably, the aim of the newspapers are to sell newspapers, the aim of the television and radio stations are to get high rating, and the aim on online journalism is to get the most hits. In all forms of media, the only way to get readership is to give the readers what they want to see, even if it isn't the most newsworthy information available. So, in a culture where morality seems to be overshadowed by the almighty dollar, the news that society is presented with will decline in importance, and increase in excitement.

Another obsession of the media is division or conflict. If there is an explicit conflict involved in politics, it will be covered in detail. The Great Leadership Debate between John Howard and Kevin Rudd received one hour of prime time television coverage, as well as pages of newspaper articles for days afterwards. The reason it received so much attention was because of the element of conflict that it involved. There was endless argument about whether or not the worm' should have been featured in the debate. 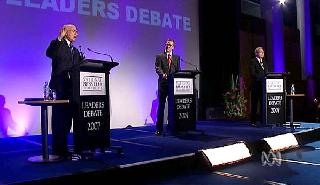 This is trivial when considering that the main point of the debate was to listen to what the leaders were arguing. The worm is irrelevant to the debate, and to the audience watching it. The worm will not change people's opinions of the leaders, but what the leaders are saying will. However, journalists still chose to report about it because it is what the readers wanted to hear. The media has to cater for its audience's interests, says media author Barbara Alysen.

"These days, most media organisations of any size conduct regular qualitative research into their audience, its likes and dislikes," Alysen said.

The society we live in is moving away from being an informed, voting public and moving towards a society obsessed solely with triviality. The culture of journalists is not helping to counter this movement, and is in fact assisting it. The journalist writes the story for their media organisation, not for the public. If the story is not what the editor wants, then it will not be published, or, in the case of television, it won't go to air. There seems to be more freedom associated with online journalism though, as well as more hard news. When performing a search for news articles online, the term Kevin Rudd tax' found 1820 results, while a search for Kevin Rudd Strip Club' found 204 results.

There were almost nine times as many results for the former, which mainly concerned Rudd's tax policies. This shows that hard news still dominates the online sector. The reason for this may rest on a number of issues. Firstly, if people go online to search for news, they will usually have a specific issue in mind. They are not there for the entertainment value, they are there to find out the specific piece of news that they need. Hence, online journalism is not under as much pressure as print or television journalism to provide entertainment. Secondly, online journalism doesn't face the time restrictions of the other news forms. Stories can be uploaded constantly during the day, with no concern of the time.

Ultimately, the media is, to a large extent, obsessed with personality and triviality. The media has travelled down this path due to a number of social and economic reasons. Firstly, the attitudes of society are always changing, and the change appears to be towards interest rather than intellect. Secondly, the news values which have always been in place in all forms of media are beginning to change in priority.

Personality, prominence and rarity all seem to have top priority when deciding what news makes the front page, while the former more important news values such as impact and consequence are relegated to second best. Another factor is the economics of journalism. The media needs to make money, and therefore the stories that are presented are mainly those that will interest the public. Finally, the television and radio media appear to be worse at presenting trivia, while the online and print forms provide more factual, hard news. Triviality, personality and division are the new focus of media, and they will be until society begins to change its values.