Why Bow to the Queen?

The British still have the remnants of their rigid class system in their society so to suggest to them not to bow or curtsy to The Queen would seem like blasphemy and unfortunately that is true of some Australians.
By Reece Pocock
2008-04-22

In a recent visit to Queen Elizabeth 11 the Australian Prime Minister, Kevin Rudd nodded slightly instead of the traditional head bow on meeting the Queen of England. Back in Australia there was some debate that the PM didn't show proper respect to the Monarch.

For those doubters let me state the protocol taken from the Ceremonial and Canadian Symbols website.

It is up to those meeting the The Queen, The Duke of Edinburgh and other members of the Royal Family to choose whether or not they wish to bow/curtsy or simply to shake hands.

Description of a bow/curtsy for those who choose to make it:
Men: a neck bow - just a little more than a nod of the head;
Women: the right foot is placed behind the left heel, and the knees bent slightly.

It is quite in order to shake hands if the opportunity presents itself and a member of the Royal Family offers to do so.

For those Australians accustomed to the exaggerated bow by the former Prime Minister John Howard, Rudd's nod was seen as inappropriate. What would you expect from someone who supports an Australian Republic was the sentiment?

Any bow by Rudd should be interpreted as not appropriate. The Prime Minister of Australia should not bow to any other head of state. 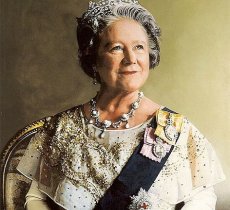 It could be interpreted, as Australia is subservient to England unless the Queen bowed back to the Prime Minister.

But, all of this protocol is complicated by the ludicrous situation of The Queen also being The Head of State of Australia. However, there is no doubt she favours England and it has been the case at trade shows and sporting conflicts where the Australian Head of State has promoted England - where she is also the Head of State - over the interests of other nations including Australia.

The Japanese use the bow as a greeting and a mark of respect but they bow to each other so there is no suggestion of subservience. Although in some situations the size or method of the bow may suggest the same as bowing to a British Monarch.

The curtsy is even more exaggerated and the protocol here suggests it is not necessary.

The British still have the remnants of their rigid class system in their society so to suggest to them not to bow or curtsy to The Queen would seem like blasphemy and unfortunately that is true of some Australians.

So Kevin Rudd's gesture may have been aimed at that part of Australian society that still sees the Queen as central to their feelings for the Monarchy. For them the Queen is seen as a symbol of stability and more than any politician or appointed head of state could offer. She represents morality and longevity and they embrace the Monarchy for much more than the Queen's roll in Government.

It boils down this, to if you are representing yourself in front of the Queen then you can bow/curtsy if that is what you want to do, but in an audience on behalf of a country then care must be taken to make sure the gesture is appropriate.

What would you do? Personally I think a handshake shows a mark of respect and is appropriate like I would with any one else. Not that I could imagine the meeting ever taking place.