There is great doubt whether our political leaders will ever have the courage to address the difficult decisions to alleviate global warming. Scientists have proved their point. The Earth is heating at an alarming rate and unless we address the problem of greenhouse gases then our globe, as we know it will cease to exist.
By Reece Pocock
2007-02-25

World leaders have to overcome centuries of products that have made living easy for some people - mostly the rich nations. These commodities and the easy living they provided have contributed to global warming.

How do our leaders persuade us that we must give up the pleasure of our pollution generating goods that we have come to love and rely on? They must, the alternative is to condemn future generations to drastic climate change. 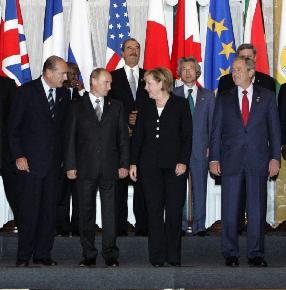 Will these leaders have the courage to solve Global Warming?

In 2005 the national science academies of the G-8 nations issued a statement stressing that scientific understanding of climate change is now sufficiently clear to justify nations taking prompt action.

Democracies have a problem with long term planning and action that could take decades to see the effects. Governments are elected to govern for a comparatively short time  usually three to five years. The main objective is to be re-elected and so it follows that most planning is directed to that end.

What will get Governments re-elected are usually policies that affect the financial stability of the electors. Like interest rates, employment, and support for industry that provides jobs. Some Governments indulge in the arts, sport, etc., but that won't get them re-elected. So, where will the long term planning to solve the problem of Global Warming feature?

The object has to be to reduce carbon dioxide, methane and other cases that contribute to the increase of greenhouse gases thereby warming the earth. Greenhouse gases are released by activities such as burning fossil fuel, land clearing, and agriculture. An increase in global temperatures can, in turn, cause other changes, including a rising sea level and changes in the amount and pattern of rainfall. This could cause the frequency of and intensity of extreme weather events, such as floods, drought, heat waves, hurricanes, and cyclones. 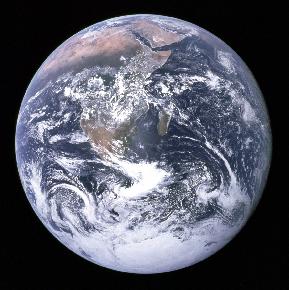 Will our
Will our world always be this pristine?

So it's easy. Stop it, stop producing these gases and at least prevent it from getting worse.

Not so easy. An interview on television; Peter Garrett (the Australian Labor Party spokesman on the environment) advocating carbon-trading be implemented immediately while Malcolm Turnbull, (Australian Liberal Government Minister for the Environment and Water Resources) reminded Mister Garrett that such action can only be done if it doesn't hurt the economy.

Most of the media attention has been directed to the Kyoto Accord, carbon trading, and nuclear power. This suits governments because they know the measures to alleviate global warming are politically unpopular. Many in the electorate see solving the problem of greenhouse gases as something that will have to be solved in the future but it's not affecting them now; so, what's the problem?

Governments will not be willing to raise power costs, cut back cars and trucks emissions perhaps by making them smaller and more expensive to buy, and insist on clean engines in all new cars. Update the railways to take more freight thereby getting many large trucks off the road. Invest in solar and wind power more than just scratching the surface like they are now. Insist on solar hot water heaters in all houses.

A big step would be to cut out all coal burning power stations and other power using coal. The political answer in was, in association with (a large user of Australian coal) to find a way to use coal so it doesn't pollute as much (back to the scientists).

Many environmentalists are promoting carbon trading - or sometimes called emissions trading. as well as the European Union has instituted studies in setting up such a scheme. Carbon trading works by a central authority (usually a government) sets a limit or cap on the amount of pollutant that can be emitted. Companies or other groups that emit the pollutant are given credits or allowances, which represent the right to emit a specific amount. The total amount of credits cannot exceed the cap, limiting total emissions to that level.

Companies that pollute beyond their allowances must buy credits from those who pollute less than their allowances. This transfer is referred to as a trade. Thus, the seller is being rewarded for not polluting and the buyer penalised for exceeding his cap. The object is to cut pollution by making it financially difficult to produce the product at a competitive price for polluters.

Another problem is the diverse worldwide governments and the lack of a central authority that can insist that all countries follow the same policies. A comment from the Australian Government was we would follow that policy if other countries do too. If we go alone that will give other countries an advantage economically over us, and Australian business will suffer.

Then there is the problem of the undeveloped world saying to the advanced nations you have gained your prosperity by polluting the world and now you are saying to us as we gain economical stability that we can't have the things that you have because of global warming.

World leaders are stalling and waiting for science to solve the problem. Perhaps their dreams might come true and clever men and women may be able save us all without affecting our lifestyle. Let's hope so, relying on our leaders is fraught with danger.