Australia gained Independence on the 11th December 1931 when the British Parliament passed the Statute of Westminster. Its a sad fact that most Australians reading that statement will be gaining the knowledge for the first time. Its like finding out your father was once in prison, its a secret and has to be covered up.
By Reece Pocock
2014-07-01

There was no struggle of Australia wanting to go it alone or wars being fought. No dramatic lowering of one flag and the raising of another. No, it was the other way around. It was Great Britain that pushed Australia kicking and screaming into independence. The process began in 1921 and culminated in 1931 with the passing of the statute.

It could be said that because most Australians don't think it is important we should ignore it. However, the facts are quite different, it is more about how authorities bungled and covered up the introduction that we have this widespread ignorance today.

Why has Australia ignored its independence for seventy-five years? Australian Independence, Colony to Reluctant Kingdom by W.J. Hudson and M.P. Sharp, published in 1988 by Melbourne University Press, suggested that it suited Australia's leaders to still be dependent on Great Britain and they resisted independence for several reasons. They feared Japanese expansion at the time, and wanted to encourage Britain's Navy to stay in Australia's region. The irony is, that during the Second World War it was Australia that went to Great Britain's aid. Another reason was the politicians believed the Australian people did not want to be seen as independent of Britain. Their solution was simple -- ignore it.

Why did the press and historians ignore our independence? This behaviour has created much confusion to our historical and legal processes, with more attention and argument about when we became independent rather than rejoicing in the fact.

This confusion has set back embracing our independence and our sovereignty. Palmer in Palmer's Australian Politics Website suggested that immediately following Federation in 1901 Australia was not an independent nation. It was a self-governing colony within the nation of the British Empire. Great Britain still retained a veto over any legislation passed by the Australian Parliament. 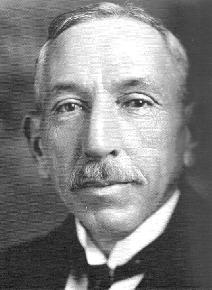 William Morris Hughes Prime Minister of Australia February 1923 to October 1945. He attended the first Imperial Conference in 1921
Independence for the executive arm of the Commonwealth Government was confirmed by the Statute of Westminster in 1931, following Imperial Conferences in 1921, 1926 and 1930. Although Australia resisted the Statute, and had clauses inserted that said it did not apply to Australia until ratified by the Australian Parliament, the fact that Great Britain passed the legislation meant they were saying to Australia 'be gone, you are independent look after yourself', it didn't matter that Australia resisted.

Independence for the judiciary was achieved by various acts in 1931, 1968, 1975, and 1986. Independence for the six states was achieved in 1986 by the Australia Act 1986.
There are other dates thrown into the mix to further confuse. The above confusion has given rise to such bewildering statements as Australia achieved nationhood and independence sometime between the end of the First World War and the end of the Second World War. Some barristers and lawyers have uttered these airy statements when the Australian people needed guidance.

In 1921 Great Britain wanted to relinquish control over some of her Dominions and started Imperial Conferences with Canada, South Africa, Australia, New Zealand, Newfoundland and Irish Free State. These conferences continued until 1931 when Great Britain passed the Statute of Westminster relinquishing the power of veto over legislation passed by the dominions. According to an opinion expressed in Australian Independence, Colony to Reluctant Kingdom, this was the day that Australia became an independent nation.

It is obvious that the 11th December 1931 is the most important date in the process of Australia's total independence. It's time to bring Independence into the mix where it should be, right up alongside Federation and Anzac day.

We all saw the result of Australians not knowing our history during the Republican debate. We should know what happened in our past because it points the way to the future. Some Australians still think we are under British rule and there was confusion about our relationship and the role of the Queen and the British Government in Australia's affairs. This confusion allowed Monarchists to promote outrageous claims, split the republicans in the Republican debate, and win an election when it was clear, by the Morgan Poll, the majority of Australians supported a republic. The Australian people fell for the Monarchist misinformation campaign because our education system failed to teach us the history of our own country.

Before during and after Federation the Governor-General represented the British Government as well as the Crown. At an Imperial Conference in 1926, this was changed to the G-G would represent only the Crown. 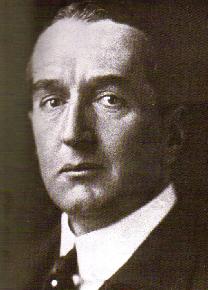 Viscount Stanley Melbourne Bruce Prime Minister of Australia February 1923 to October 1929 at the time of the Imperial Conferences in 1923 and 1926.
Furthermore, the Prime Minister of Australia would recommend who would be appointed G-G and the Crown had to accept that recommendation. Therefore, the assertion that we are still under British rule because the Queen is our Head of State is false. In practice, the Queen has only two powers  to appoint and dismiss the Governor General. These powers are only available to the crown on the recommendation of the Prime Minister, so it could be argued that she has no power at all. If that is true then why is she our head of State?

We need to ignite our passions. We need to wear it on our sleeve and declare it proudly to whoever needs to know.