Religion a blessing or a curse?

In that sense, most people are religious. I would even go as far as claiming that we all are. However, there are other definitions for the word religion. Usually, the term is connected with the notions of a certain God, certain attitudes and certain types of behaviour. Such attitudes and behaviour can cause conflicts between members of different religions, and, in drastic cases, even lead to war. So is the influence of religions on human beings a good or a bad thing? Answering this question is extremely difficult. 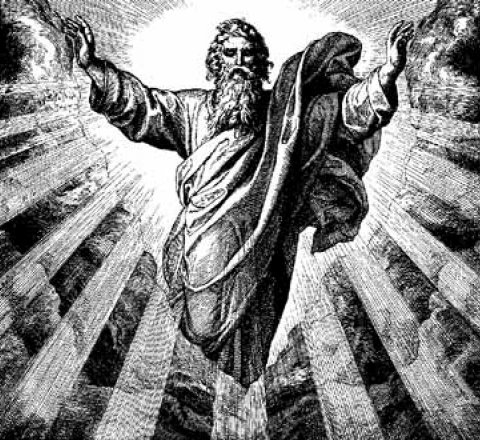 Some people need religious guidelines in order to know how they have to behave in life. Those who do not have their own fixed view on what is good, what is bad or what is right and what is wrong, might take some kind of bible as a guideline. Others feel lonely and seek comfort in the knowledge or belief that there is Someone, or Something, who cares for them even if they do not see Them. They also find comfort in the fact that there are other people believing the same things. Religion can help such people not to despair or give up in life, even in times of crisis.

However, the evil in religion is in the danger that you may become so engrossed in it that you forget there is a real life, one you can see and one you must live actively. There are people who think all they have to do is sit down and pray, and God will eventually make their dreams come true. They do not see the borderline between hoping for support from a higher being and handing over responsibility for their life to something they can not even see. Instead of trying to achieve some aims in life, they take religion as an excuse to be passive throughout their lives.

It is even more dangerous to become convinced that your own religion is the only possible way of living, especially if you try and convince everybody else of it. If one tries to convince others of his religion, or if he does not accept any other attitude, it is a sign of intolerance and narrow-mindedness. In the harmless case, such a person will annoy others, such as the famous Jehovah witnesses who go from door to door to preach. In most cases, this is unwelcome but inoffensive. However, there are also really severe cases in which people take religion as a pretext to kill others. The fact that there have always been wars between members of different religions is a sad demonstration of this.

Altogether, religion can be a wonderful thing for a human being and for the development of ones personality. This is only true, however, as long as you are still active in your life, instead of thinking God will do it, and as long as you accept that others might not share your religious beliefs and attitudes.