A generation or more after the Holocaust, the Troubles in Ireland, and consistent religious oppression in other countries, there comes a phenomenon: the cultural practitioner.
By Tara Meacham
2008-11-06
Is there a god

Religion undoubtedly plays an important role in various religious and ethnic groups. In some instances, a group's religious beliefs are tied to instances of oppression and even ethnic cleansing. Therefore, it seems only natural that religion is a source of support and pride for individuals whose ethnic groups have survived such global atrocities. 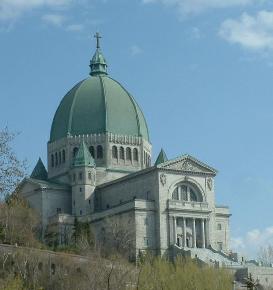 Photo by Aarchiba
In America, this pride is understood and respected. We respect and embrace the religions of threatened groups and provide a society in which members of those groups can thrive. A generation or more after the Holocaust, the Troubles in Ireland, and consistent religious oppression in other countries, there comes a phenomenon: the cultural practitioner.

As a product of a household of Irish heritage and a preparatory school education, I have had the opportunity to witness and endorse this phenomenon on many occasions.

Among American descendants of Irish Catholic immigrants, this concept is evident. Due to the historical socio-political struggles ever - present in Ireland, it is acceptable to affiliate one's religious affiliation with one's political beliefs. In America, the same holds truethough generations and thousands of miles away from the complex difficulties, many simply choose to state that they "come from an Irish Catholic family," even if they are not baptised. Likewise, more religiously grounded members of Irish-American society tend to accept this behaviour.

American Jews are seeing this experience in their own lives. Many Jewish Americans observe rituals and traditions such as the bar or bat mitzvah, a milestone coming of age ceremony. Whether or not the family (and the child) are religious, most families choose to celebrate this point in a child's life regardless of religious devotion.

If a cultural practitioner is made to feel unwelcome in events reserved for members of their religion meeting certain requirements, do they have a specific place? After all, cultural practitioners do participate in cultural and religious events to define and express their identities and heritage.