My Dinner With Gacy 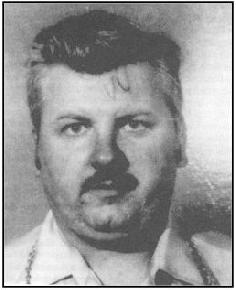 Gacy was one of the most notorious serial killers in the U.S., if not the world. From 1972 to 1978 he murdered 33 young boys and buried them in the crawl space of his home in suburban Chicago. John Gacy was a contractor as well as a part-time entertainer. As Pogo the Clown he appeared at area hospitals and festivals for years, much to the delight of children & families alike.

Unfortunately, he was also a psychopath with a penchant for killing young men.

So why on Earth would I be on the scene on his final day of life? Near as I figured I owed it to the guy. He played an integral part in my life for nearly 20 years.

John Gacy was the second famous person whose name I'd ever remembered. Actor John Wayne was the first. I only remembered John Wayne Gacy because of the similar name.


I
was born in 1970. By the time I was 5 or 6, word had started to spread about a possible mass murderer in our midst. Stories of the deaths were on television and in the conversations surrounding me. When police reports surfaced about their primary suspect, John Wayne Gacy, his name became as famous as the hats of Ronald McDonald, Kermit the Frog, Captain Kangaroo, or any other name a kid would recognize. Without actually knowing what a horrible man this Gacy fellow was, I knew his name.

By the time he was arrested in the late 70s I knew who he was. He was a guy that lived near where my Dad taught school. He was a neighbor to some friends of mine. He was that murderer I'd heard about on TV. Everyone was glad to hear of his capture. His 33 life sentences and 12 death sentences made no sense to me. How many lives or deaths could one guy serve in jail? But they made everyone feel at ease, knowing wed never hear from him again. Of course we were wrong.

Gacy stories SOLD NEWSPAPERS & GOT TV RATINGS! In the time between arrest and execution I can recall front page stories in the Sun Times about Mr. Gacy's love letters to his pen-pal. I remember seeing interview after interview with him on TV. Brian Dennehy starred in a mini series about the crimes and introspective looks at Gacy's prison painting's landed in the headlines. For the remaining years of his life, when he sneezed, a camera crew was there to capture the moment.

At age 18, 10 years after Gacy had confessed to the crimes, I went to Ringling Bros. & Barnum and Bailey Clown College. There, I'd learned about Gacy's effect on the clowning world. Everyone who wasn't already afraid of clowns, was DEFINITELY afraid of them after Gacy. When asked the question, Wasn't that John Gacy a clown? I'd frequently have to explain that as a practice, I didn't kill people.

My brief time as a clown was fraught with Gacy coincidences. [in]Forget the fact I lived just a few miles from the site where all those remains were buried. Forget the fact I was also a clown. Gacy was following me in ways I'd never imagined possible.

One day in 1990 I went to my local hardware store next to a strip mall that housed the Angel Town Day Care Center. I needed to make copies of a promotional flier. The store owner came by to make small talk. Noticing the clown photo on the flier he said - "I can't be around clowns after that Gacy thing. "

I explained that I get comments like that a lot. He followed with,

"You don't understand. I KNEW him. He built the strip mall next door. He'd come in here for coffee and supplies all the time. " 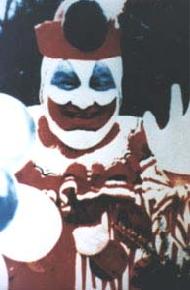 I did find a bit of irony in the fact that a notorious serial killer built a day care center named Angel Town. We chatted about Pogo and his antics. The shopkeeper suggested I get out of clowning. The next two eerie coincidences reinforced his recommendation.

On two separate occasions, a corporate event and a festival, I found out that I was the first clown they'd hired since the last guy. I asked who the last guy was, figuring it was someone who'd showed up late or done some other offensive thing that would turn a group against hiring a similar act. Of course, the last guy was John Gacy himself. One guy actually showed me pictures of Gacy working the event on the very same stage I was to perform.

We checked you out REAL GOOD before deciding to hire you, the client confessed.

Did I mention that he was a tough act to follow? I began to give some serious thought to leaving behind my shoes & make-up forever.

By 1994, Pogo had come to the end of his rope. All appeals and legal maneuvers had been exhausted and he was all set to be put to death by lethal injection in Joliet. Of course, the media couldn't stop Gacy Fever. On May 9th every news story was about Gacy's final hours. My roommate, Mike, and I watched some TV coverage from the prison. The angle being examined was the death penalty itself. One reporter on the scene commented on how relatively few death penalty protesters and supporters were in attendance. There were a few folks marching at the prison and a few folks who were very glad that this day had finally come.

With about three hours before zero hour, my roommate made a brilliant suggestion. Now I wont pretend that alcohol had nothing to do with his suggestion. It did. We had already had a few beers to toast the events of the day when my roommate said,

Go? To the prison, I asked?

Lets go, he said, Joliet is only an hour away.

I thought it would be nothing if not bizarrely entertaining so we jumped in the car and went to Joliet, having no idea what wed do when we got there.

During the car ride I thought about how much Gacy knowledge I'd been force fed over the years. I reflected about the odd times his life crossed paths with my own. I had come to the conclusion that I was glad to see him go and I had to be there. Plus, I was very happy to hear that Mike would drive.

We didn't even know exactly where the prison was but we figured we were getting very close when we started seeing signs that read, DO NOT PICK UP HITCHHIKERS. When we saw the mammoth line of cars up and down Route 53 in Joliet we figured wed found our target. Apparently there were quite a few folks who'd decided to make this ridiculous trek.

We made the walk to the prison and entered the gates. We were searched and frisked by state police and led into the courtyard area. The officers were not allowed to make any comments concerning their personal feelings about the event. They were only allowed to tell us to follow the orange fencing.

The orange snow fencing that was erected for the event took us to a fork in the path. A state trooper stood at the division. He told us the path to the right would lead to protesters and the path to the left was for supporters. I felt like a family member at the strangest wedding in history. Sure enough there was another fence dividing Us from Them.

We all watched the protesters quietly holding a candlelight vigil and saying prayers for Gacy's soul. What was oddly touching was that the folks for Gacy dying did not make any efforts to interfere with those who were against the death penalty. Everyone respected everyone elses points of view. Of course it didn't take long before Us GREATLY outnumbered Them. 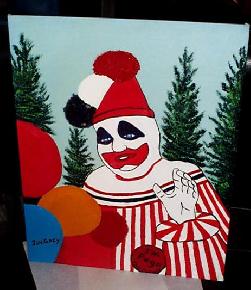 An Original Painting By Bacy

Anyone with any sense of fun was on our side. The real party was in our camp. It was unlike anything I'd ever seen. People were mixing, shaking hands, and meeting one another, united by the eventual death of Gacy. Mike even bumped into people he knew. People created signs and statues for the occasion. There was even a guy selling t-shirts commemorating the event. I'd have bought one if they weren't $40.00 a pop! Games of hackey sack broke out and people everywhere were singing songs, mugging for the cameras, and chanting Take Down the Clown! Aside from the lack of drugs or alcohol, it was not unlike a concert festival. Gacypalooza, LIVE from Stateville Prison!

Mike and I went there to find something unusual and indeed wed found it. When our crowd got too large for comfort we decided to head back to the car. By then the crowd of protesters had grown considerably and still, no one disturbed their protest. I overheard one of the troopers say that the head count had reached 2400. Some time before we made it o the car we heard a loud sustained cheer from the crowd. We figured that it was well past midnight and the deed had been done.

While walking back to the car we noticed a rather large number of tailgate parties taking place on the roadsides. There was music, there were TVs powered by car batteries, and bratwursts were being cooked on Smokey Joe grills. We wanted in on the fun.

The day before Mike and I had been grilling at a park. As luck would have it we never took the grill & ice-filled cooler out of his trunk. There were two cheese-filled brats and two ice cold bottles of Coke waiting for us. We fired up the grill and enjoyed our feast. Of course the whole thing needed something else. BEER! We weren't going to go find a store and return. After all, that would be just silly! So we went to a neighboring pick-up truck and asked if they had any beer to sell. I had exactly two dollars on me and I figured that could buy at least one beer. The guy looked at us and asked, Are you happy to see Gacy go on this day ? We told him we were indeed pleased to see our hometown murderer put to death and he smiled, I couldn't THINK of charging you for a beer in that case. We were given two cans of Hamms (The beer refreshing, HAMMS!) and while I would never consider drinking such a horrible beer any other day, it seemed a delicious and fitting beverage. My dinner with Gacy was complete.

Oddly enough Gacy continues to be a part of my life when I relay more comical versions of the Gacy/Martello coincidences in my comedy act. I suppose hell never really go away. Had I not heard about the 10th anniversary of his execution on the radio I wouldn't have thought about where I was 10 years ago. With that day came the end of a sordid and macabre tale. While I can't expect the victims to look upon May 10th with any humor, I can hope that the families of the victims, including the family of John Gacy were able to find some closure.

This article was first publish back in 2005