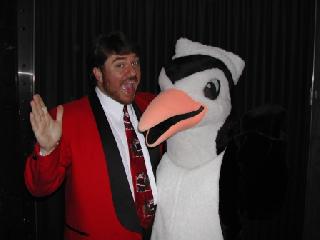 Hey-Hey! Try Not to Smile, Kid!

Hey-Hey! Try Not to Smile, Kid!

Sometimes an entertainer has to perform at some less than glamorous places. Not every gig can be the Letterman Show. These types of gigs include nursing homes, special education schools, and hospitals. Some folks simply wont go to these places. The low pay is the excuse, but honestly, many people cant handle the reality inside these venues. You must possess a certain constitution to walk into a burn unit and try to make people laugh. I was once told not to be too funny because one patient, a child of about ten, was so badly burned across his face the pain of a smile would cause him to pass out. Not an easy room.

Special needs schools have some very troubling cases. There are kids who have been abused most of their lives, so trying to be happy juggler guy just doesnt seem right.

Nursing homes present a whole different set of oddities. There are stages of human disability seen at some of these places so severe that it makes you want to cry. The people who run these facilities know about the difficulty of finding a performer capable of dealing with the harsh realities that lie within. I once asked a nursing home manager what level of care was being administered to most of the patients. He very casually said, This is a gruel and drool place, and then laughed to ease the moment. This was not meant as a callous statement. All professions have their own slang to make their job easier.

For example: a major manufacturer of toilet paper explained to me that the secret to their success was being able to successfully market them to both the mummies and the crunchers. Ill let you ponder exactly what they meant and decide for yourself which one you are.

Which Are You?I have never shied away from the difficult venues. People are people, and if they have very little to smile about, it is an honor and a challenge to make their day better. Some of the shows turn out to be very rewarding. I like it when senior citizens ramble on about how I reminded them of a vaudeville act they once saw, and hear them come into coherence recalling stories with childlike excitement. I even like working for the tough kids who arent entertained by ANYTHING. Theyre hecklers in training, and a good performer can learn a lot from these shows.

Getting back to the venues that scare away performers... I had an experience at one such place that has always stood out in my mind. On this day I felt like being a performer was truly a great job and I had a little respite from the depression & rejection that often comes with the business.

I was asked to work at a special needs school in Chicago. Most of the kids were either developmentally disabled, or were severely abused and this was the last stop before some sort of mental ward or juvenile hall. There was a healthy combination of doctors and teachers working there. Id worked a few of these types of places before to much success. I am always most impressed by the developmentally disabled kids. They love my show with such passion. They clap and cheer loudly and, coincidentally, all of them have one compliment, Nice trick. It is funny to think of the entire 45-minute program as one big trick. 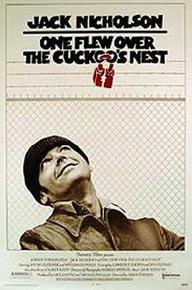 Working with the abused kids is a little different. They have had many bad breaks, and really dont want to be bothered with anyone else. One such kid was at this particular show, I'll call him "Tony". He was secured in a hospital bed that was wheeled into the room. Apparently he was beaten often by his parents, and had been in trouble with the law a few times. The beatings and the drugs he ended up taking turned an otherwise normal teenager into a very quiet and sheltered person. This kid had no expression left in his face, and had the appearance of a character from One Flew Over the Cuckoos Nest .

I performed my show with a few alterations to accommodate the varying personas in the audience. Tony was parked up front. I took some time out of my performance to speak directly to him, hoping to get a reaction and often failing. I finished the show and was satisfied that Id given a good performance. Lots of kids came up to me to talk and ask me questions. I heard the usual amount of Nice tricks and a few odd statements like, My mom would never let me watch something like this before. Overall, I felt like I earned my money and delivered a memorable time for some kids that needed one.

As I was packing up, the staff members began taking the kids back to their respective rooms in shifts. When it came time for Tony to be wheeled back, he grabbed my arm very tightly and pulled me towards him, causing the orderly to stop. The orderly was about to pull the kid off of me, presumably afraid that he was going to do something hurtful, when he sat up and let go of my arm. He looked right into my eyes and smiled very slightly before he said two words.

The orderly looked at him and said in a startled voice, What did you say?" He sounded almost mad at him for saying anything. The kid scowled at the orderly and looked back at me. Tony's face warmed up again and he said, Good show once more. I thanked him for the comment and shook his hand before he reclined back onto his pillow, and mentally closed up again.

What happened next was a scene right out of a movie. A swarm of people in white coats and business suits came pouring in the room. They all began shouting questions at the boy and taking notes. It was very unusual and disturbing to watch. Tony let go of my hand, and I was taken aside by one of the doctors.

The doctor was DYING to know what I did and said during the show. I got a little angry because he could have just watched the show himself. More importantly, what business was it of his to know what I said? I didnt do or say anything out of the ordinary, I was just doing a show and being kind to this guy.

My conversation with the doctor revealed that in the two years that Tony was at their facility hed not said a single word to anyone there. Nothing. Not a complaint or an utterance of any kind. I was reminded of the old joke about the baby who never learned to speak.

A child grows to the age of five never having spoken a word. One day while his mother was feeding the boy some soup for dinner the kid spits out the soup and says, JESUS, Mom! What the hell did you put it this crap? The mom looks on in amazement and asks him, Son, why havent you said anything before now? The kid looks up and says, Up till now the soup has been pretty good.

I joked to the doctor that perhaps the last performer they had wasnt that funny. This caused a laugh to come out of Tony and more notes to be furiously written down by the guys in the white coats. The doctor I was speaking to wasnt amused, and he walked off, wheeling away the boy in the bed. Tony gave me a knowing wink, and I laughed to myself. I pulled out a promotional picture and signed it for him. I was hoping the kid would look at it and say, Nice suit! or, Have you put on weight? I could only imagine how many notebooks would be filled out after an outburst like that!. 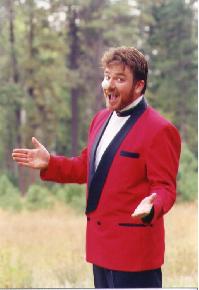 I learned a lot about the world that day. I got the impression that I may have been the only person this guy had ever encountered who didnt expect anything from him, didnt hurt him, embarrass him, or study him. His little wink at the end was very cool. I realized I wasnt the only one in that room with a wicked sense of humor.

I never found out what that kids real name was, and I have no idea what ever became of him. However, somewhere there is a medical file belonging to a classic antisocial abuse case. I imagine there are footnotes detailing a fascination with plate spinning and juggling. In the grand scheme of things, I have a good job.

More information about Andy Martello can be found at his website.