Adults who loose their parents are known as adult orphans. Today there are increasing numbers of support websites aimed at adult orphans who feel the loss acutely, finding themselves alone' in this world. No matter the kind of relationship one has with their parents, It is comforting knowing that there is an older, if not wiser person who has a love for us that is unconditional. Even if that relationship is inconsistent there is a certain type of solace derived from even the mere existence of parent/s. So what becomes of the adult orphan? Suddenly they are alone, without the comfort of parental existence.

marked a bittersweet day for me. I arrived back to from , with my partner, excited at the prospect of summer, ocean, friends and family. However, the reason for my return home: my mother's unexpected hospitalisation. Only 49 years old, she died 16 hours after I arrived home. The death of a parent can vary in extremity, but the death of a youthful parent with so much yet to live for and for no particular reason leaves a confused angry adult orphan.

My mum had an acute asthma attack, her throat closed up, she was given an emergency tracheotomy and adrenalin but she was still without oxygen for 40 minutes  she was at her boyfriend's 50th birthday in Yanchep, about an hour from city.

Being without oxygen for 40 minutes meant that mum did not have severe brain damage, she was brain dead. CAT scans revealed no brain activity; she would not be waking up, ever.

Seeing your loved one with a tube down their throat forcing them to breath, their tongue pale, their mouth slack and their eyes closed, lashes covered with clear balm to maintain eye moisture, is the single most painful experience I have ever encountered. When my partner and I walked into her hospital room we collapsed into tears, shocked at the sight of my vibrant mother reduced to a saggy puddle, covered with tubes, stiches and bruises. Someone had plaited her greying hair  I left for months before and she had not found a replacement colourist  which seemed ludicrous. My mum smoked like a chimney, drank like a fish and rode an enormous blue motorbike. She was not a plait kind of woman. Suffice to say, I removed the plait immediately, brushing her hair down around her face like she used to wear it.

There were many tears, hugs and words of comfort to be had between my family, her friends and her boyfriend over the course of that Thursday. My partner and I spent much of the day by her side, saying goodbye, having accepted the inevitable that no one else really had. My brothers were still hoping and praying she would wake up. I'd been steeling myself for her death already, in , when I heard that she'd been without oxygen for 40 minutes.

At my mum slipped away, her blood pressure had been dropping steadily for the past few hours. Everyone said it was as though she had been waiting for me to arrive home before letting go. She was not alone when she passed, her boyfriend held one hand, her close friend the other. She had another friend stroking her hair and more sitting at the edge of her bed. I am thankful for that. My partner and I arrived at to find her room full of close friends, drinking a champagne toast to my mum and listening to Santana. I held her hand, stroked her hair and drank straight from the communal champagne bottle.

By the friends had slowly drifted home and I asked for my partner to take a friend home so I could have some time alone with mum. I crawled onto her hospital bed and nestled myself on her belly like I used to as a child. I lay there crying and talking to her, eventually exhausting myself and falling asleep. My partner woke me at , we said our final goodbyes and left the hospital. I cherish that time I had to say goodbye to mum, falling asleep on her tummy like I have done a thousand times gave me a certain peace.

What you don't see in the movies or read in books when someone dies is their colourless lips, icy skin, their body so slack and heavy and their mouth hanging open revealing a pale lifeless tongue. I kept trying to close my mum's mouth; she would have hated the indecency of her appearance. By her jaw was stiff and she didn't smell like mum anymore.

"When someone's heart stops pumping blood around their body, the tissues and cells are deprived of oxygen and rapidly begin to die. The intestines are packed with millions of micro-organisms that don't die with the person. These organisms start to break down the dead cells of the intestines, while some, especially bacteria called clostridia and coliforms, start to invade other parts of the body.  At the same time the body undergoes its own intrinsic breakdown under the action of enzymes and other chemicals which have been released by the dead cells. The decomposing tissues release green substances and gas whichand also gives off a terrible smell as gases such as hydrogen sulphide (rotten egg smell), methane and traces of mercaptans are released."


Over the next two weeks my partner and I took on the bulk of organizing a cremation and memorial for mum. I had no idea there were so many details to consider: funeral director, celebrant, flowers, speakers, venue, memorabilia, photographs, music, slide show, cremation, the wake and remembrance bookmarks for attendees. And that was only the beginning. There are mountains of your loved ones paperwork to sort out  bills to be paid, accounts to be cancelled or changed, companies and friends to inform of the death, assets to list and take action against, death certificates, funeral director payment and application for Pro Bate - "a judicial certificate saying that a will is genuine and conferring on the executors the power to administer the estate." (www.ask.com)

Even after the memorial service and the wake I found myself spending much time taking care of my family, mum's friends and her affairs with the assistance of her executor. Now I have returned to , an angry, confused adult orphan. Apparently I am supposed to get on with my life  go to work, live life for her, do what would make her proud and so on. But even with all the love and support of my friends and family, I have lost my closest friend, my mum and the person I hold dearest in my heart. What can make me forget that? Or move past that?

I do take solace in something she used to tell me, however. "At the end of person's life, their body should be thoroughly used up and worn out, we should all arrive at the pearly gates with a glass of wine in one had, a big slice of chocolate cake in the other and a cigarette in mouth saying what a ride!'" 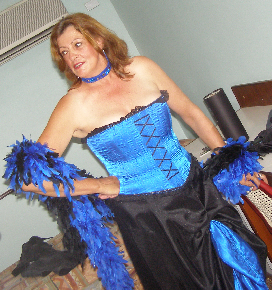 Mum on the day she died

I Love you Mum.