But the trick is to use sex in advertising  more accurately the promise of it  without offending buyers. This requires a deep understanding of society and what the general population finds acceptable. That changes from country to country, for instance, Americans are more prudish that Europeans and Australians. Furthermore, in some religiously dominated countries, suggestive advertising is banned. 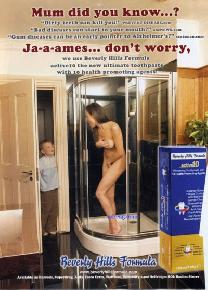 Amazing what sex sells
Pretty girls and hunky guys will always attract attention in advertising, whether they are clothed or unclothed. Actors are trained to give the impression they are there just for the person viewing the ad. That is, the connection with the buyer is a personal one. The implication is if you buy this product someone like me will have sex with you.

Of course, the buyer knows the promise won't necessarily be fulfilled, but the thought has been put in the potential clients head that the pleasure of having sex is associated with the product. Or, on the other side of the coin, if they look like the person in the advertisement they will be able to have sex with a very desirable partner. That is why scantily clad women are used to sell cosmetics and clothing to other women. The promise is you can look as desirable as the beautiful woman in the advertisement. 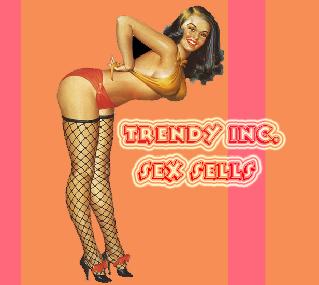 Says it all
Of course, some will say they just want to look good and the desire for sex isn't a part of the equation. They are kidding themselves; the reason for wanting to look good is based on sexual attraction, and is a part of advertising themselves as desirable. It is vital to the human condition to be seen as sexually desirable.

Moreover, in the final analysis, it's not so much sex that sells, but the promise or the allure of it. Advertisers and psychologists have been studying and examining sex in advertising for many years and know what to show and what not to show. The object is not so much to expose boobs, penises and pubic hair, but to create the impression the buyer is desirable if they buy the product. 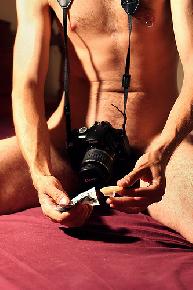 Nice Camera
However, now and again advertisers get it wrong, and we see a backlash in the media when they go too far. When that happens, they get even more exposure through newspaper and media news items. But, sometimes even that isn't helpful if it creates a backlash against their product.