Curse on the World

As far as world problems go, addiction is right up there with global warming, and terrorism.
By Reece Pocock
2008-11-20

This article belongs to Addictions theme.

Drug, alcohol, and other addictions are a curse on the world. Life as we know it will change for the worse unless a cure is found for the addicted, and a deterrent to becoming addicted is found.

The part of our brain that is responsible for reward-related learning plays a huge role in drug and other addictions. This natural system seeks out rewarding stimuli or events, such as sweet-tasting foods or sexual interaction. The feeling of well being is caused by releasing dopamine in a natural motivation to seek out these pleasure giving activities again.


"
Addiction is estimated to cost $590 billion in America each year.
This natural memory for pleasure in us all is responsible for almost all of the addictions in the world. Of course that means the spin offs of crime, health issues, mental illness and the incredible cost to communities around the world. All of this is caused by our brains remembering and demanding the pleasure of certain activities.

A recent study in the UK breaks down the estimated cost of an individual drug addict to society over the course of his or her lifetime. The average abuser costs taxpayers over $US1.4 million in crime prevention, heath care, jail, prison accommodation, and treatment.

Addiction is estimated to cost $590 billion in America each year. 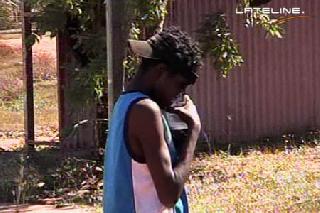 Petrol Sniffing in Australia
The financial cost is terrible, but the human cost is even worse. Drug and alcohol related murders are an everyday occurrence in most communities. Injuries caused by addiction and its spin-offs mean many people can't contribute to society. Then there is the debilitating problems caused by the substances, meaning many addicts can barely exist before they mercifully succumb.

Addiction can be used to describe an obsession, compulsion, or excessive physical or psychological dependence, such as; drug addiction, alcoholism, compulsive over eating, problem gambling, computer addiction, plus many more.

There is still no agreement among professionals about what an addiction is. Here is a selection of comments from health workers:

 It is a disease,
 It is an emotional fixation,
 It is genetic,
 Experiences generated by various involvement,
 Every psychological event A will be followed by an opposite psychological event B,
 Continued use of a drug leads to a spiralling uncontrolled use by lowering a compulsive set point,
 Culture is a strong determinant of whether or not and individual uses drugs etc,
 Addictions are a result of human weakness, and are defects of character,
 It is a habit and not an addiction,
 A blend of all the above; dependency is different for individuals and each case has to be considered on its own merits.

So it appears as far as world problems go, addiction is right up there with global warming, and terrorism.

Nevertheless, sometimes we hear good news about someone who has beaten their addiction, but not often.

Let us all hope that somewhere in a laboratory, or with some herbal remedy the world finds a way to beat addiction.

Or we are able to stop people from getting addicted in the first place.