Why Can't American's elect a President with Good Judgement

Candidates for President are selected by using influence and money. It is a pity the US does not elect on merit. That is, the best man for the job.
By Reece Pocock
2008-10-30

The US elections are fast approaching, and we wonder how Barak Obama or John McCain will cope with leading the free world. If history is any guide, we can only say not very well.


"
President Bush presided over one of the greatest financial meltdowns in history.
Although, I must admit to being an admirer of the United States and its people, I look in wonder at the type of person they elect as their President.

George W. Bush, showed a fatal lack of judgement in going to war in Iraq and deceiving the American public on the presence of weapons of mass destruction as an excuse to go to war. He also neglected the war on terror in Afghanistan, allowing Al Qaeda to continue their murderous campaign.

President Bush presided over one of the greatest financial meltdowns in history. 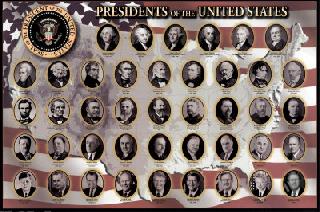 William J. Clinton had many admirers and his presidency achieved domestic advantages through a relative period of peace. However, history will not be kind because of Clinton's role in the sub-prime mortgage crisis. His administration placed pressure on the banks to ease restrictions on borrowers, which ultimately caused the huge financial crisis besetting the world today.


"
Those who aspire to be President are people of means and are supported by the old boy's brigade.
He was also impeached for showing a lack of judgement in his personal indiscretion with a white house intern.

Then if we look into the previous administrations of George H W Bush, Ronald Reagan, Jimmy Carter, Gerald Ford, and especially Richard M Nixon, we can see where a lack of judgement has plagued US Presidents.

Perhaps the problem starts in the way candidates are selected and presented. Usually, those who aspire to be President are people of means and are supported by the old boy's brigade.

The old boys are people with influence who can put together the finance package necessary to mount a campaign. Candidates are not selected on merit but on the political advantage that the old boys can get for supporting the person.

In this way, either the Republicans and Democrats ultimately select the President of the United States, or should I say the power brokers in the parties. The only real election is between the Republican and the Democrats on Election Day.

In this way, we end up with candidates who know their way around politics, and can call in favours, but are not necessarily the best person to lead the US.

If the political system could throw up the candidate with the best judgement the US and the rest of the world would benefit.

We can only hope that the victor in the up coming election is that man.