Gout - what the hell is that?

Jay Gory
2013-05-31
comments
Chances are that you may have heard of gout before, or maybe you haven't, but there are even greater chances that even if you have heard about it, you might have some wrong, outdated perceptions about it. 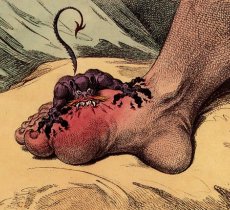 Yes, a swollen toe might look funny. Yes, you can find humorous cartoons and illustrations even from brochures introducing gout and its treatment options. Yes, it's true that historically gout has been known as the rich man's disease and the disease of the kings. It's all true. However, it's far from something to be taken lightly. It's far from being something that you should be embarrassed about.

Today in the U.S. roughly 3.9% of people are affected by it and the number in case of men over 65 and in case of women over 85 years old grows to 7%. In Europe the numbers are still lower.

What has changed? Meaning, why are people today more affected by it than historically? For one, many people who historically had it, felt it's embarassing and never mentioned it to anyone nor treated it. But mainly, the causes lie behind our changed diet as well as longer life expectancy. Also metabolic syndrome, certain drug treatments as well as chronic renal impairment. 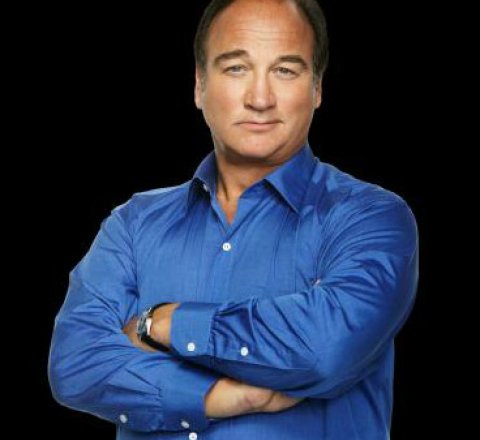 As even today only a minority of the people who suffer from it receive effective ULT (urate-lowering treatment) as well as lifestyle advice, making people more aware about it is important. And who would be a better face for the campaign than a great actor who has been suffering from gout for 15 years himself - Jim Belushi.

Belushi joined Savient Pharmaceuticals and patient advocacy group CreakyJoints to release a video about gout, a video with a roundtable of physicians as well as people suffering from gout. Just to educate people a bit further. To make them aware about the condition.

"Gout is a difficult condition to understand unless you or someone you're close to has experienced it," said Belushi, "We hope that this effort will inspire people with gout to speak up and have similarly candid conversations about gout online, in their local communities and with their doctors. We have to start shifting the gout conversation to focus on medical realities instead of outdated perceptions."

You can find out more information about gout at www.creakyjoints.org.