HOW TO CATCH A SPY

Have you ever wondered as to how you can distinguish between a real spy and a fake?

If a man stands outside your house talking into his watch, he is definitely not a spy. He has simply been looking at too many Dr Sparks episodes. 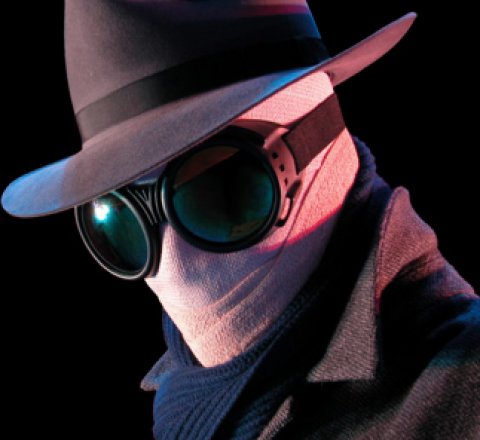 Should there be a man standing outside your house dressing in a long raincoat and a hat, he is certainly not a spy, he is a flasher and so advise the person to throw it back. "Too small man, Undersized".

Should a person take off his boot, sliding the heel off it and then attempt to talk into it, then no, he is not a spy, he simply needs a new pair of boots. He could also be a candidate for being taken to the local 'mad-house'.

If the person outside your door is female, highlighting a pair of blinkers that would make your eyes water, she is not a spy, she's just a distraction.

However, if the set of blinkers come with a deep voice, then she may be a KGB agent. How do you think Vladimir Putin has been able to keep fit all these years? Well, he had to play with something.

And if you find someone going through your garbage bins in the middle of the night, that someone is not a spy, he/she is simply looking for a meal.

And then there are the cars with 25 different antennae hanging off them. No, they are not spy vehicles, they are vehicles driven by hoons looking for a good time.

So we have established who the fakes might be.

Now for the more serious stuff.

Should you be followed by a rather plain-looking vehicle that may look like a Government car, stop your car, walk over to the person and tell him or her to get a life.

And if you think that your phone might be tapped, press the hash button a number of times. It does wonders on the other end.

And if you are being followed on foot, then slip around the corner and wait. When the person appears around that corner say "Hi Sunshine, looking for me?" or if he/she is good-looking and just your type just say "Hi there, going my way?"

The real spies are very hard to spot but you know straight-away when someone has been looking at you.

If your mobile phone begins to have a burning smell and goes up in smoke then someone is definitely looking at you.

If your computer begins to slow down and sends 5 messages instead of one, then someone is looking, and if you have been looking at sites that you really should not be looking at in the first place then someone will certainly be looking for you.

If you constantly get pulled over by the police for a 'random check' chances are that you have come to the attention of the local constabulary at some point in time or worse.

There are a large number of ways to check out as to who might be spying on you and who might be a real spy, who might be the amateurs and which ones are the fakes but I won't go into those processes at this point in time.

On that note may I say, enjoy being watched.

My name is Henk Luf.
And that's the way it is