Two Sided Southern Reasoning
By Andy Martello
2004-05-25
I have always had a love/hate relationship with Kentucky. For a short
period of time, I could expect unusual things to happen to me whenever
I entered the state (SEE: A Clown in Kentucky). Kentucky is a
Midwestern state filled with Easterners & it pretends to be a
Southern state. Prior to my first visit to the state, all Id ever known
about the place was the Kentucky Derby, Colonel Sanders, and My Old
Kentucky Home. I was aware of a part in the state known as Kentuckiana
and another known as Hamiltucky, but other than those insignificant
things I didnt know what to expect from the Bluegrass State.

Kentucky's
#1 Citizen!What my travels did reveal was an abundance of stupid
people. Now, if youre a Kentucky native or resident dont get your
culottes in a bunch. If you are an intelligent and coherent Kentuckian
then Im not talking about YOU. There are stupid people in every state
and I met ALL OF THEM in Kentucky during my visits.

I also met
some very rude people as well. I got a little Southern hospitality but
that was immediately followed by some very coarse language and stern
rejections from the locals. My theory was I got this treatment from the
locals because I worked for a circus and these people didnt trust
carnies." By the way, there is a HUGE difference between a carnival
worker and a circus performer. I don't have the time to explain, but
understand that calling circus performers carnies only offends the
circus performers. Calling carnies circus performers only compliments
the carnie on the quality of their trailer. Otherwise--it confuses them.

While
I was in the circus, I had to entertain the crowd, sell balloons during
intermission, and help set up the props and equipment. During one such
work session I was met by one of the building supervisors. I was
visibly NOT a native Kentuckian. What gave me away was my easy to
understand, accent-free dialect, and the fact that I had then as I do
today, a long tail trailing down the back of my head. I keep this
braided and neat in appearance.

The building guy started a
very nice conversation with me as I was working. Nothing out of the
ordinary, where ya from? & how do you like this business? - that
sort of stuff.

Soon after our little chat had started, he leaned
in close to me and asked if I could speak with him privately. I was a
bit put off by this, but since I needed a break, I decided to head
towards the water fountain and find out what he wanted.

At the
fountain, he made sure that he had my undivided attention before
speaking. He looked around to make sure no one else was around to hear
what he was about to say. I was sure he was going to invite me to a
Klan meeting. Much to my surprise, there was no friendly invite to a
Klu Klux Klan rally but rather a most unusual question instead.

You know youve got long hair dont-cha? he said with a whisper.

I asked him to repeat the question. With the same care for discretion, he leaned in again.

You KNOW youve got long hair dont-cha? he said, slower this time, for my benefit.


I
didnt know what to say. I thought to myself was he so shocked by my
tail that he had to get an explanation or was he trying to warn me
about some redneck, renegade, hair-hating society that lurked within
the Commonwealth?

Perhaps he honestly thought that somehow
over the last few years a barber (not a hairstylist, mind you, but a
good ole American BARBER, GODDAMMIT!) had just missed a few locks of
hair and he thought he was doing me a favor by telling me about this
errant hair trailing down my head. More likely he, a Johnny Unitas
buzz-cut kind of a guy, couldnt take the unusual and radical approach
to my mane.

I decided that the best course of action was to
end this conversation right away. Being something of a smart-ass, I
slowly reached around to the back of my head and found the offending
queue.

I do? I asked, Oh My GOD, I do! I said this with an appropriate amount of shock.

I
apologized for my obvious mistake and thanked him for pointing it out.
He simply smiled and said, Glad I could help, and walked away.

Now,
had I looked like everyone else in this backwards state, Id have had a
.38 Special T-shirt on and sported EITHER a full-on mullet OR a
flat-top crew cut. Apparently these were the only socially acceptable
hair options. If you were not Billy Ray Cyrus or a Harley rider, there
would be NO long hair. PERIOD!

On a similar trip. a different
building guy, fascinated with my hair, actually asked the question, How
long have you HAD hair?" He wasnt joking. I assumed he meant, how long
have you had LONG hair? But he way he asked the question implied that
he wanted to know how long having hair had been a part of my daily
life. Joking around, I told him, Ive had hair since I was born,
thinking hed laugh and leave. Instead he asked, well howd you get it to
grow in that funny pattern, then?"

This should give you an idea
of the type of stupidity I encountered in Kentucky. Having encountered
people like this EVERY DAY I thought that Id seen it all. However I was
wrong. No amount of stupid people could prepare me for one very special
little boy.

I was selling balloons at the circus, a practice
observed by all circuses. Keep in mind that any product pitch at the
circus is a fast & furious procedure. The Ringmaster has a well
rehearsed and eloquent speech designed to entice the audience to buy a
silly little souvenir. Theres an art and a science to the circus pitch.
Most shows really make their money on the concessions and there has to
be some quality sell through in order to survive.

Easy to Remember Isn't It

Easy
to Remember Isn't ItIf youve attended a smaller circus you may have
noticed one similarity among the pitches for souvenirs, everything is
exactly one dollar. A buck. One dollar is easy to remember, and most
people are very willing to take out one dollar for just about anything.
A dollar is also an amount of money reasonable enough any parent is
willing to hand it to their kids in order to stop their whining. One
dollar is the magic amount, all pitches focus around the price point of
a dollar. Its spelled out for the buyer in order to make it fool-proof.
There is absolutely no reason why anyone in the audience would not know
that the cost of a comic book or a balloon is ONE DOLLAR!

That having been said, while selling my balloons, I was met with a question that, sadly, was not uncommon.

How much are the balloons?

It
was a kid, a dirty, scruffy little kid. This kid would probably be
called a toe-headed little boy if it werent for the fact that he was in
such a state of unclean his hair had a distinctly more dingy look. This
boy was at least 10 years old, more likely about 12 by my best
estimate. He very badly wanted to buy a balloon at the circus. In my
clown outfit, I stood there tending to my customers. I politely told
him that the cost was one dollar. He got all dejected and let out an,
AW, man! signifying that he didnt have the dollar.

I was dressed
like a circus clown, and clowns, inherently, are supposed to be funny.
Were the jokesters of the show and I was supposed to be ready with a
rapier wit. So before the kid could leave, I added a little throw-away
joke. 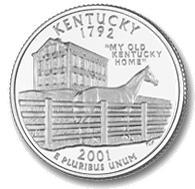 Four of Them Makes a DOLLAR!

Four of Them Makes a DOLLAR!But for YOU, the cost is 4 quarters!

This seemed like a funny little quip at the time. I had no idea just how funny the joke would become.

The
boy, a kid OLD ENOUGH to know the value of a dollar, brightened up with
a smile. He looked at me all bright-eyed and screamed, Yeah? ALL RIGHT!
He reached into his pocket and pulled out 4 quarters. He handed me the
money, took his balloon and ran off as happy as a kid on his birthday.

I
stood there dumbfounded, I was reminded of a billboard I saw as I rode
the Interstate from Illinois into Kentucky. It was a billboard
promoting the states student loan programs. The billboard read, Need an
education? Kentucky wants to HELP!" I assumed they would give students
directions back to Illinois.